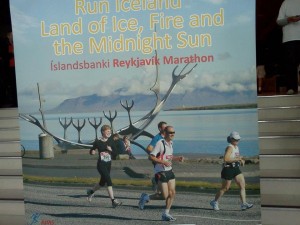 Running in the Land of the Midnight Sun offers majestic views of a country with little civilization. A step into Reykjavik is a step into another world–one full of Euro-trendiness, peaceful scenery, no skyscrapers, and oceanside seafood restaurants. Running through this rather unknown city was a dream come true as I adore new marathon adventures.

The Reykjavik Marathon is the perfect course for beginners and elite runners alike. Here are the pros and cons of this race I absolutely adored:

Little elevation change. Reykjavik is not an intensely hilly city and thus the marathon remains relatively flat. I did run (or walk) a couple of low grade hills, but nothing substantial. Therefore, if hills are not your forte and you are looking for an obscure international race, Iceland fits the bill. 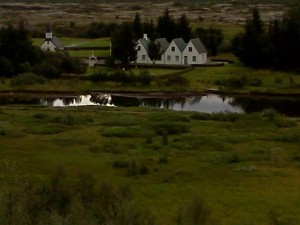 Close to the U.S. While Iceland seems like such an afterthought when dreaming of Europe, it’s actually closer in distance than the mainland. It’s just a short five-hour flight from JFK in NYC or Logan in Boston–the two international hubs for Reykjavik. If you’re a runner short on vacation time, you can take just a few days off of work to partake in an entirely new running experience.

The race takes place on Culture Day. The Reykjavik Marathon occurs on Culture Day, Iceland’s equivalent of Independence Day. Thousands and thousands of Icelanders come to Reykjavik in droves to dance in the streets, listen to well-known bands on stages set up around the center of town, watch a fireworks display late at night, and enjoy the festive scene with their comrades. The year I did the race even Russell Crowe made an appearance at one of the stages to sing. You never know who or what you will see! It’s a way to celebrate the accomplishment of another race on the city’s most festive day. Be sure to save enough energy to party until late in the evening–it doesn’t get completely dark until almost midnight.

It’s not cold. Despite its name, Iceland in the summertime offers perfect temperatures of 70 degrees. It does get chilly at night, so bring a jacket to partake in the Culture Day late-night festivals.

You run alone.  Because it is such a distant, far-off land, the marathon isn’t like a New York City Marathon or even a smaller city race. Only around 1,000 individuals sign up for the full 42K (26.2 miles), which leaves runners to face the course alone. I completed approximately five miles all alone without seeing another runner. A few miles traverse through a city park and due to its winding path, you aren’t in view of others in front of you. If you like lots of crowds, this may not be a race for you. Some American runners told me they found it a bit lonely.

One con is all I can think of…so Reykjavik comes highly recommended by me. If a full marathon is too ambitious, a half marathon is offered and you’ll have plenty of company as the full and half run together.