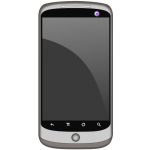 Should you use your smartphone while running? We all see runners with their phones strapped to their arms probably listening to Pandora or Spotify. But do smartphones help or hurt your workout? Researchers at Kent State University wanted to know the same thing.

In a recent study published in the journal PLOS ONE, researchers found listening to music did result in a higher heart rate than not. Plus, the participants enjoyed adding music to their workouts. Not surprising, talking and texting kept the heart rate at a lower level.

According to the study, “It appears as if listening to music and, to a lesser extent, talking may have benefits on the duration and/or frequency of exercise due to their ability to increase enjoyment,” researcher Dr. Andrew Lepp said. “However, if an individual’s opportunity for exercise is constrained by time, then it appears best to avoid talking on a smartphone during planned exercise.”

Forty-four young adults (33 females, 11 males) each participated in four 30-minute exercise conditions (texting, talking, music, control) on a treadmill in random order. During each condition, the treadmill speed display was covered and researchers kept the grade at zero (flat road). However, participants could alter treadmill speed to whatever pace they wished.

How the study worked:

Throughout the texting and talking conditions, research personnel used a pre-determined script for cell phone conversations. During the music condition, participants used their cell phone to listen to their choice of music. Finally, participants completed a control condition with no cell phone access.

For each condition, average treadmill speed, heart rate and liking were assessed.

Treadmill speed, heart rate and liking in the music condition were significantly greater than all other conditions.

Treadmill speed in the control condition was significantly  greater than both texting and talking .

Heart rate during the control condition  was significantly greater than texting but not talking.

If you are a runner who prefers to run in silence, music may actually help you get in a harder workout.