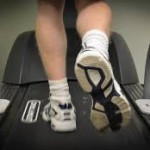 I wanted to do a fun post and step away from the research studies for a week or two.

This past Christmas weekend I had a Netflix marathon and spent more than a few hours of binge watching (shamelessly). Although I am not advocate of sitting around and leading a sedentary life, sometimes it does a body good to relax and refresh the mind. If you find yourself with a little downtime, here’s a few to keep in mind:

1. Chariots of Fire. With the most dramatic and one of the best theme songs of all time, you’ll be hitting up iTunes and downloading the music right after you see it. It’ll give you an excuse to go for a run after you watch.

2. Spirit of the Marathon. I watched this in a movie theater when it was being released to the public. It’s a sweet documentary with real-life folks who decide to run a marathon. They do feature an elite runner, but also the everyday people you see running down the streets of races.

3. The Long Run. This film is about a man trying to turn an amateur runner into a champion. It’s fictional but it’ll make you think it’s real.

4. McFarland, USA. This is the most recent of these titles and stars Kevin Costner as a running team coach who takes a group of immigrant students and transforms them into a distance-running dynasty. It’s based on a true story.

5. Endurance. Disney contracted with the top eight 10K runners during the 96 Olympic games and captured Olympic footage for a documentary about the winner. Haile Gebrselassie was the winner and the crews headed for Ethiopia. It’ll inspire you to run a little faster.

6. Forrest Gump. Although not a running movie, it does show Forrest running across America and his legions of running followers. It’s worth a second (or tenth) viewing.