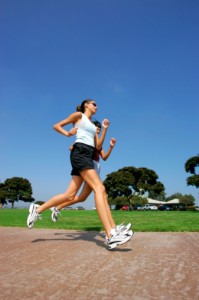 In the past few weeks, the subject of marathons has become an elevated topic in newspapers and websites. A recent study published in BMJ by Dr. Beth Taylor, et al. used several Boston qualifiers and their partners to show the effects of running on cardiovascular health.

Dr. Taylor and her colleagues contacted numerous Boston Marathon qualifiers and inquired on their relationship status: Did they have a partner? If yes, did their partners run as well? If the answer was also yes, the researchers asked if both of them would be available and willing to have their heart scanned and cardiovascular risk assessed.

A total of 42 runners agreed, along with their partners (thus doubling the study participants). The demographics looked like this:

It was split 50/50 for male/females.
Ages ranged from 33-59.
Partners’ ages were near the same but the majority of them were not active runners.

At the Boston Marathon expo in 2012, exactly one day before the race, the participants visited a lab located next door and filled out a questionnaire about exercise and health histories and blood samples were taken. They then had their heart scanned using a noninvasive method.

Results were not surprising: runners were thinner than their partners, had lower blood pressure, lower heart rates and lower levels of bad cholesterol. However, according to a New York Times article on the study, “Running did not insulate the racers altogether from heart disease, the scientists found. Some of the racers, particularly the oldest ones, carried large deposits of plaques in their arteries, a worrying sign.”

Basically, running doesn’t relieve you of aging, unfortunate genetics and bad habits that you formed before you started the sport. Is this surprising to you?

Good news: the study showed marathon training is not bad for your heart as is often the myth in fitness.