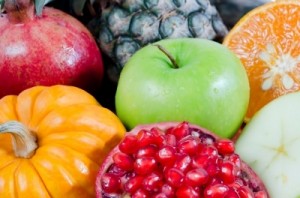 We’ve all heard the exclamation, “Eat breakfast!” throughout our lives. Your mother toted breakfast as the “the most important meal of the day” and nutritionists and health enthusiasts alike stressed the importance of breakfast because you are literally “breaking the fast” after sleeping and not feeding your body. It gives you energy and helps you lose weight, as all evidence suggests. But is it as importance as once thought?

A recently published study in the American Journal of Clinical Nutrition demonstrated that researchers who studied dieters skipping breakfast lost just as much weight as dieters who ate breakfast regularly. The researchers do not deny that breakfast offers several health benefits. However, weight loss may not be one of them.

This is all counter-intuitive to everything we’ve heard about dieting.

How was the study conducted?

1. The control group. This group received a USDA pamphlet titled “Let’s Eat for the Health of It” describing good nutritional habits, but never mentions breakfast.

2. The test group–eating breakfast. This group received the same pamphlet, but researchers instructed them to eat breakfast before 10 a.m. every day, not ever skipping it.

3. The test group–don’t eat breakfast. This group received the pamphlet, but was told to avoid consuming anything but water until 11 a.m. each day.

This test lasted for 16 weeks and researchers monitored weight loss of each subject.

What were the results?

A total of 283 completed the study. All three groups lost the same amount of weight on average.

“This should be a wake-up call for all of us to always ask for evidence about the recommendations we hear so widely offered,” David Allison, director of the UAB Nutrition Obesity Research Center, said in a statement.

What does this mean to you?

As runners, you need to be cognizant of what works for you. If you run in the morning, you may need to eat breakfast for the energy to get through your workout. It also provides a routine for your body–it knows when food is coming and will get hungry anticipating it. Bodies crave routine.

This study proves somethings don’t work for everyone. Everyone is an individual so you need to know your body.