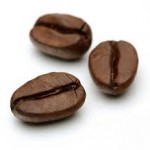 Everybody’s wake up juice may have some extra benefits. In addition to getting you to work or school on time, coffee may help you stick to your fitness plan as well. The jolt of caffeine does do a body good.

In a new article published this month in the journal Sports Medicine, University of Kent researchers suggest caffeine can help you keep those fitness-focused New Year’s resolutions.

Although the majority of people have already given up their resolutions, most quitting within the first two weeks of January, Professor Samuele Marcora, Director of Research at the University’s School of Sport and Exercise Sciences, may have discovered the antidote.

It has historically been difficult for humans to exercise, especially long term because most people lack time, energy and motivation. We are also evolved to conserve our energy, so even with the good intentions of exercising, it goes against what we have become.

However, using caffeine helps reduce perception of effort when we work out, which can make exercising easier. It may also help with people needing other drugs to keep them energized–drugs with much more harmful effects.

In another study out of the University of Georgia, a morning cup of coffee could help improve athletic endurance. Published in December 2015 in the International Journal of Sport Nutrition and Exercise Metabolism, Simon Higgins from the College of Education screened more than 600 articles on caffeine and found nine randomized control trials that specifically used coffee to improve endurance.

Higgins found that between 3 and 7 milligrams per kilogram of body weight of caffeine from coffee increased endurance performance by an average of 24 percent.

In the nine trials he discovered, participants either cycled or ran vigorously after they drank their morning coffee. In a majority of cases, endurance was noticeably improved after coffee.

So drink up and don’t feel badly! If you aren’t a coffee drinker, tea or sucking down on those caffeinated gels will help.